Archbishop Shelton Joseph Fabre’s Biography Archbishop Shelton J. Fabre was born October 25, 1963, to Luke Fabre, Jr and Theresa Ann Vallet Fabre. He is the fifth of six children. He attended primary and secondary schools in New Roads, graduating in 1981 as valedictorian of Catholic High School of Pointe Coupée. He then entered Saint Joseph Seminary College in St. Benedict, Louisiana, graduating with a Bachelor of History degree in 1985.

After completing his studies at Saint Joseph, Fabre was sent to the American College of Louvain in Leuven, Belgium. He received additional priestly formation there while studying at the Katholieke Universiteit te Leuven. He was awarded a Bachelor of Religious Studies degree in 1987 and a Master of Religious Studies degree in 1989 from Katholieke Universiteit.

Fabre’s diocesan positions during this period were as chaplain at Louisiana State Penitentiary at Angola, Defender of the Bond for the Marriage Tribunal, and Dean of the Northwest Deanery. He also served on the Diocese of Baton Rouge Priest Council, College of Consultors, School Board, Clergy Personnel Board, Chairman of Pastoral Planning, and Director of the Office of Black Catholics.

On September 23, 2013, Pope Francis appointed Bishop Fabre as the Bishop of the Diocese of Houma-Thibodaux. He was installed at the Cathedral of St. Francis de Sales on October 30, 2013. His leadership in Houma-Thibodaux leaves a legacy where he will be remembered for his listening and availability, as well as pastoral planning and efforts for priestly renewal.

He presently serves as the chair of the United States Conference of Catholic Bishops’ (USCCB) Ad Hoc Committee Against Racism, and led the writing of the U.S. Bishops’ most recent pastoral letter on racism, Open Wide Our Hearts – The Enduring Call to Love, which was approved and published in 2018. He also serves on the board of Catholic Relief Services (CRS). 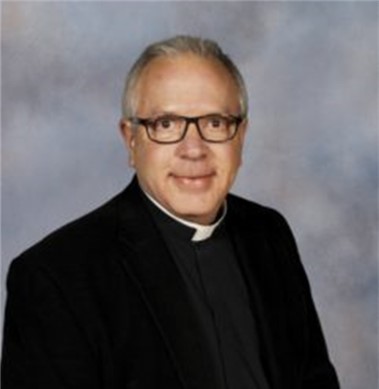 Very Rev. Martin A. Linebach, a native of Louisville, Kentucky was ordained to the priesthood on May 30, 1987 for the Archdiocese of Louisville. Father Linebach served as parochial vicar of Mother of Good Council Parish (1987-1990), Holy Trinity Parish (1993-1994), the Cathedral of the Assumption (1994-2001 and 2008-2010), and Saint Aloysius Parish (2006-2008). He served as administrator pro-tempore of Mother of Good Council Parish in 1990 and Saint Ignatius Martyr Parish from 2009-2010. Father was appointed the Archdiocesan Director of the Office of Ecumenical and Interreligious Relations serving from 2006 to 2016, pastor of Saint Patrick Parish from 2010 to 2014, and pastor of Saint Ignatius Parish, White Mills and Saint Ambrose Parish, Cecilia from 2014 to 2016, and pastor of Saint James Parish, Elizabethtown, Kentucky from 2014 to 2020. Father was appointed the rector of the Cathedral of the Assumption, Louisville on August 5, 2020 while continuing as Vicar General.

Father Linebach received a Bachelor of Arts degree in English from Bellarmine University in 1978 and a Master of Divinity degree from the Theological College of the Catholic University of America in 1987. He was assigned to graduate studies at the Jesuit School of Theology at Berkeley – liturgical studies – from 1993-94. Father earned a Master of Science degree in Organization Development from Loyola University in Chicago in 2002.

He has served several terms on the Priests’ Council and the College of Consultors. Father Linebach was appointed Vicar General for the Archdiocese of Louisville on February 1, 2018 by Archbishop Joseph E. Kurtz, DD, Metropolitan Archbishop of Louisville.

Deacon Chris McDonell was ordained in August 2012 by the Most Reverend Joseph E. Kurtz, and assigned to serve at the Cathedral of the Assumption.  He currently serves on the Social Concerns Committee and manages the grants for the lunch program at the food kitchen for the Cathedral.  Chris is a native of Minnesota, where he received his undergraduate degree in Communication and then received his MBA from Bellarmine University.  Currently Chris is a certified teacher with JCPS and is a second grade teacher.  Both he and his wife, Melani have received pastoral certificates from Spalding University.  He is also the Chaplin in his son’s Boy Scout Troop.

For the last three years his wife, Melani has worked as a Catechist for the confirmation class at The Church of the Epiphany.  Their son Noah is actively involved with youth group and youth council.

George Kaissieh serves as Pastoral Associate and Director of Faith Formation for the Cathedral of the Assumption.  He came to the Cathedral in November 2006.  George’s background includes teaching in a Catholic high school and serving as the Director of Religious Education for two other parishes in the archdiocese.  George has a B.A. in Social Work and a diploma in Religious Education from Bethlehem University, Israel, as well as a Master of Arts degree in Spirituality from Bellarmine University in Louisville, Kentucky.

Dr. Philip Brisson is Director of Music and Organist at the Catholic Cathedral of the Assumption in downtown Louisville, the third oldest Catholic Cathedral in the country. In addition to leading the Cathedral’s worship program, he also manages the Cathedral’s Concert Series, which includes the Kelty Endowed Organ Recitals which have further recognized the Cathedral for not only musical excellence in liturgy but also for outstanding concerts in the Louisville community. Philip has led the Cathedral Choir on international concert tours to England, Ireland, Germany, and Austria. Recently, the choir traveled to Washington DC for performances in the Arlington area and at the National Shrine. Locally, the Cathedral Choirs have performed with the Louisville Orchestra, have been featured on television, and have appeared annually for concerts in collaboration with Louisville’s Christ Church Episcopal Cathedral and Calvary Episcopal Church under the title “Louisville’s Three Choirs Festival.” Recent solo performing experiences have included being “Organist in Residence” at Christ Church Cathedral in Oxford, England; appearing on the L’Organo Recital Series at the Piccolo Spoleto Festival in Charleston, SC; and concertizing in Hasselt, Belgium and Rome, Italy.

Dr. Brisson was instrumental in the founding of the Louisville Master Chorale, a premier chorale ensemble which performs the great chorale literature with orchestra in local churches throughout the Louisville area, where he was Organist and Associate Director for its first five years. Prior to his work with the LMC, he was Chorus Master for the Kentucky Opera and prepared choruses for performances which included Puccini’s Turandot and Madame Butterfly, Verdi’s La Traviata, Il Trovatore and Otello, Poulenc’s Dialogues of the Carmelites, Saint-Saëns’ Samson et Dalila, Sullivan’s Pirates of Penzance, Massenet’s Werther, Floyd’s Of Mice and Men, Humperdinck’s Hansel and Gretel, Leoncavallo’s I Pagliacci, Mascagni’s Cavalleria Rusticana, Tchaikovsky’s Iolanta, and Donizetti’s L’elisir d’Amore.

As an organ soloist, he has given recitals in all 50 states. He has appeared with the Lexington Philharmonic, the Oratorio Society of Queens, and with the Louisville Orchestra as guest soloist performing the Saint-Saëns Organ Symphony with Raymond Leppard conducting. In the summer of 2011, Philip was also a featured performer for the Region V AGO Convention in Lexington, KY and the NPM National Convention in Louisville, KY.

As a teacher, Dr. Brisson served on the faculty of Bellarmine University where he taught organ performance and a Church Music Internship at the Cathedral. Until taking over the Kentucky Opera Chorus, he oversaw the choral program at Indiana University Southeast, where he conducted the Concert Choir, the Community Chorus, and taught choral conducting. He has also presented workshops to the American Guild of Organists and to the National Association of Pastoral Musicians at both the regional and national level.

Originally from New York City, Philip received his BM in Organ Performance from the Aaron Copland School of Music at Queens College, CUNY. While at Queens, he studied organ and conducting with Paul Maynard, the former director of the New York Pro Musica. After being accepted into graduate organ performance programs at Juilliard, Indiana, and Michigan, Philip decided to attend Westminster Choir College in Princeton, New Jersey, where he earned a Masters in Sacred Music. While at Westminster, he studied organ with Robert Carwithen and choral conducting with Allen Crowell. He was also fortunate to regularly sing under Joseph Flummerfelt in the Westminster Symphonic Choir which performed Stravinsky’s Symphony of Psalms with the Los Angeles Philharmonic, conducted by Esa-Pekka Salonen and Hindemith’s Requiem with the Philadelphia Orchestra, conducted by Wolfgang Sawallisch. In 2005, Philip earned a Doctorate in Organ Performance from the Eastman School of Music in Rochester, New York, where he studied organ with David Higgs and received a choral conducting minor while studying conducting with William Weinert.

Philip Brisson is active in the American Guild of Organists, has served on the Louisville Chapter’s Executive Committee and has held both the Sub-Dean and Dean positions for the Guild. He is also the National Association of Pastoral Musicians Organist Liaison for the Louisville Archdiocese, has served as Membership Chairman of the Roman Catholic Conference of Cathedral Musicians, and is a member of The Honorable Order of Kentucky Colonels. Dr. Brisson also founded the concert artist cooperative EastWestOrganists.com, which represents several prominent young American organists in the United States. Philip, his wife, and their eight-year-old daughter reside in Old Louisville, the nation’s largest Victorian Historic District. 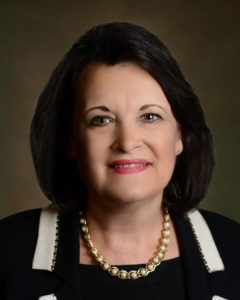 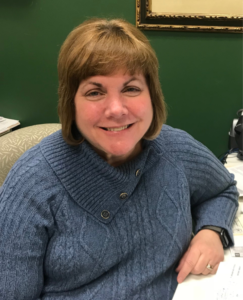 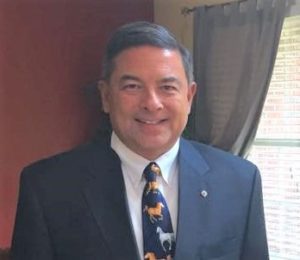 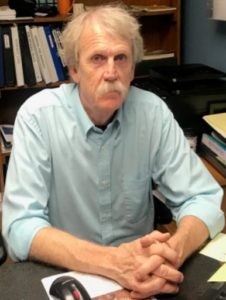 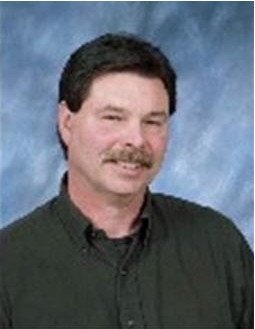 Ken Garrett has served as Facilities Manager at the Cathedral since 2001.  Ken previously served at St. Margaret Mary for 2 years in the same capacity.  Ken’s background includes residential and commercial construction, repair, as well as electronics repair. 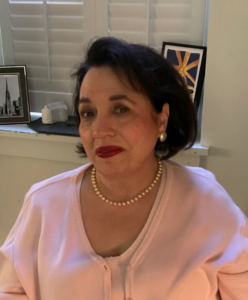 Angela Wiggins, Director of Parish Life and Communications,  began working in the Cathedral office in November 1998.    Many past generations of her family were Cathedral members. Before working at the Cathedral, Angela had worked in the Archdiocese as a secretary at St. Therese School and as an office manager for the Lourdes Rosary Shrine of the Dominican Fathers of St. Louis Bertrand Priory.  She is a 2009 University of Louisville graduate with a bachelor’s degree in Liberal Studies (parish/non-profit administration) with a minor in Communication. 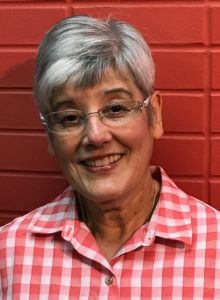 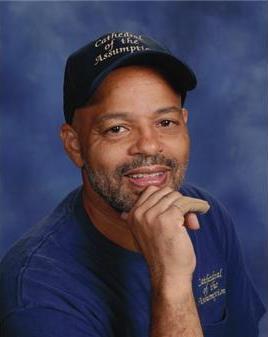