The Cathedral sponsors a variety of both choral and instrumental concerts.  Past choral performances have included the Louisville Orchestra, the Rose Ensemble, the Chattanooga Boys Choir, Liber unUsualis, the Mainz Cathedral Domchor, and the Westminster Choir. The series also includes the Kelty Endowed Organ Recitals which have brought a wonderfully eclectic representation of national and international organists to the Greater Louisville Community.

Click here for the 2021-2022 Music at the Cathedral Brochure 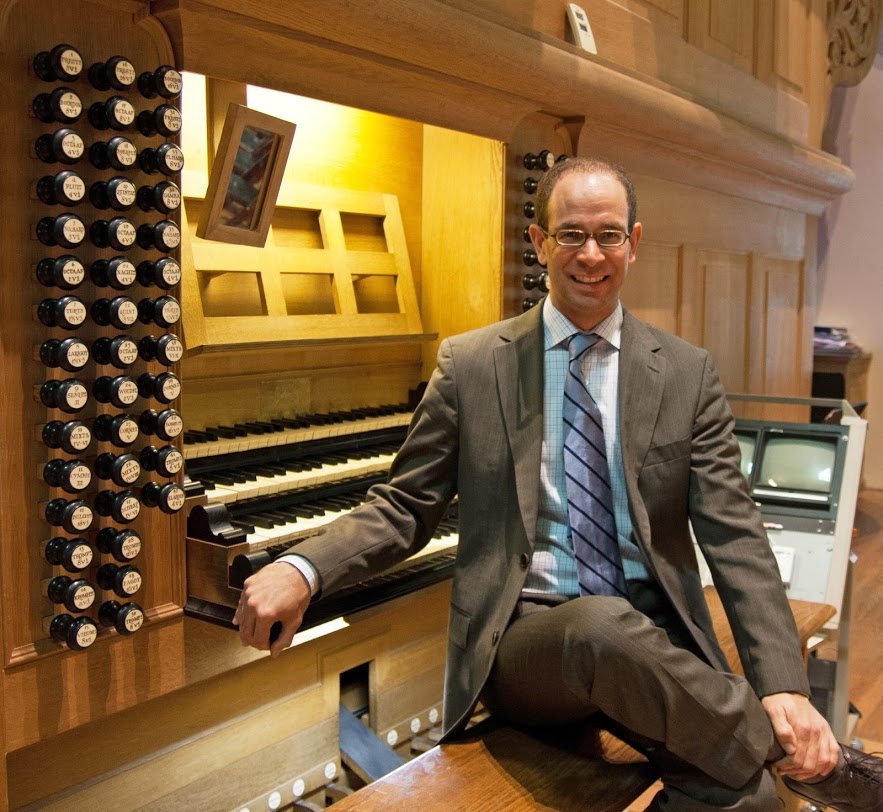 Director of Music and Organist of Holy Name Cathedral in Chicago, David Jonies has also held positions at Westminster Cathedral (London) and the Chapel Royal at Hampton Court Palace (UK). A native of Germany, he holds bachelor and master of music degrees from the Hochschule für Musik in Würzburg and the performer’s certificate from the Royal Academy of Music in London. He was awarded the first prize at the 1999 Landau International Organ Competition. He has been a featured artist for national conventions of the Organ Historical Society and the National Association for Pastoral Musicians. 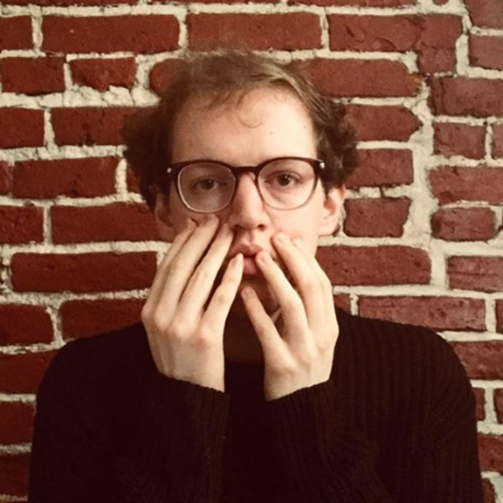 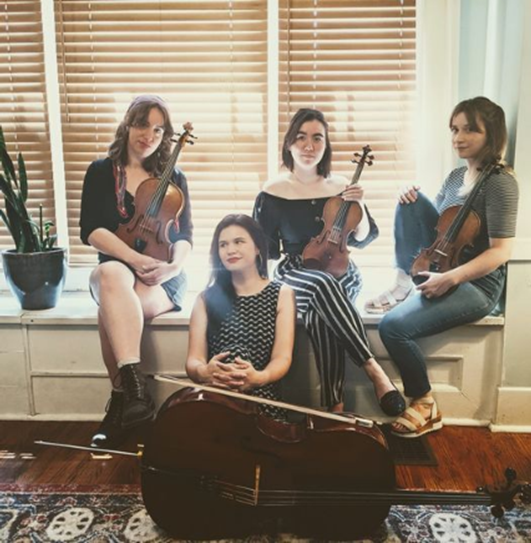 The Cathedral Choir and Cathedral Singers join together to mix traditional and contemporary music styles with Advent readings in order to prepare for the joyful season of Christmas. 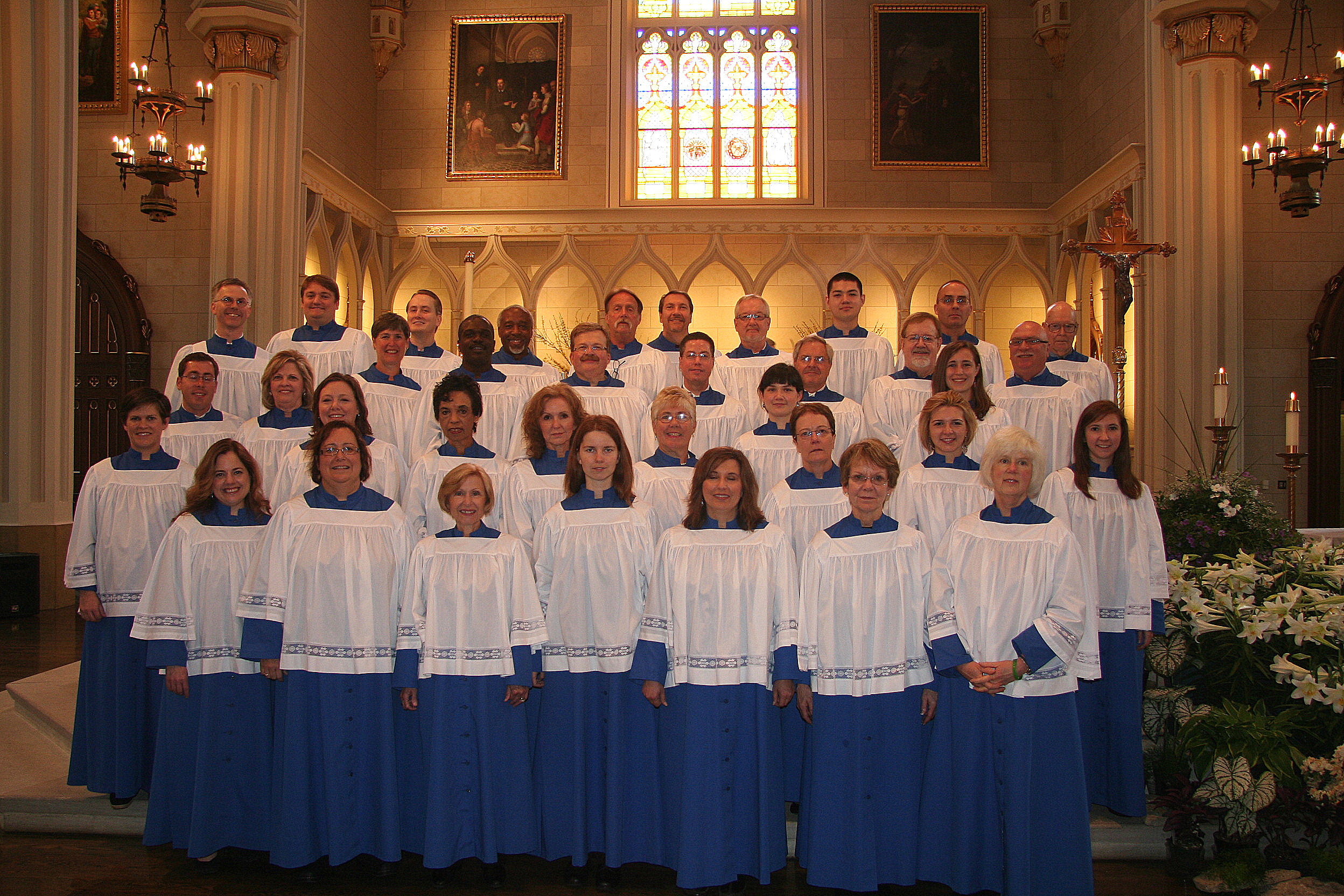 Reverend Pedro Alberto Sánchez OSA was born in Salamanca, Spain. His earliest music training was as a member of the famous boys’ choir at the Real Monasterio de San Lorenzo de El Escorial, and he studied in the music conservatory of Madrid “Arturo Soria”, where he graduated with the degree of Organ Professor. He then moved to Rome to attend the well-known Conservatorio Santa Cecilia, specialising in organ and composition under the tutelage of such masters as Ottorino Baldassarri, Jiri Lecjian and Federico del Sordo; he was also a member of the Schola at Saint Peter’s Basilica. He later continued his studies at the Pontificio Instituto de Música Sacra in Rome where he specialised in Gregorian chant and improvisation. Father Sánchez received a Master’s Degree in Organ Pedagogy from the Real Conservatorio Superior de Musica in Madrid, where his mentor was Dr D. Miguel Bernal Ripol. He has performed organ concerts in Spain, Mexico, Poland, Switzerland, Italy, Panama, Belgium and the United States of America. Father Sánchez is a priest of the Augustinian order, having pursued his religious studies at the Estudios Eclesiásticos por la Universidad Pontificia de Salamanca and Pontifical University of Saint Thomas Aquinas in Rome (Canon Law). He holds the positions of Music Director and Organist at the Real Monasterio del Escorial and Director of the Semana Internacional de Organo de Madrid.

Dupré/Claudel Stations of the Cross 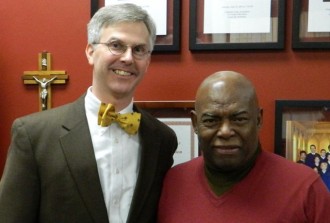 Professor of Organ, University of Szeged 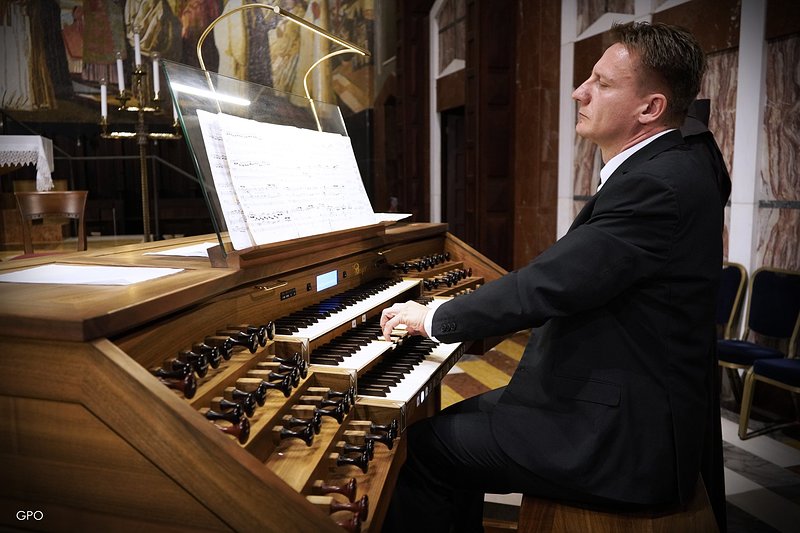 Levente Kuzma was born in Gothenburg, Sweden. He started taking piano lessons at early age with his father, who also played organ, Robert Kuzma. He holds a Bachelor’s Degree in Music Education, as well as two Master’s Degrees in Organ Performance and Organ Pedagogy from University of Szeged. Levente is also holder of the “Method and Art of Zoltán Kodály” certification. Mr. Kuzma has participated in masterclasses with Jacques van Oortmerssen and Joris Verden at the Göteborg International Organ Academy (GIOA).
He won prizes in numerous organ competitions, including Organi Storici del Basso Friuli in Muzzana del Turgnano in 2009, International Organ Competition Vicenza in 2010, and The Alexander Goedicke International Organ Competition in Moscow in 2011. He earned 1st place in the „Timorgelfest” International Organ Competition Timisoara (Romania) in 2009.
Mr. Kuzma appeared as a featured artist at notable venues including St. Andrew Holborn Church in London, the Great Hall of the Tchaikovsky Conservatory in Moscow, Oliwa Cathedral in Gdansk, Liebfrauenmünster in Ingolstadt, Turku Cathedral in Finland, the Béla Bartók National Concert Hall in Budapest and the St. Mungo’s Cathedral in Glasgow.

He has performed with the Hungarian National Orhestra, the Szeged Symphony Orchestra, and the Filarmonica Banatul Timisoara. His repertoire reaches from the Rennaissance to the 21st century, including world premiere performances of hungarian composers. In 2013 he made his US debut at Saint Andrew Catholic Church in Newtown, PA.

In November 2019, Mr. Kuzma launched the sixth edition of the Terra Sancta Organ Festival in the Holy Land with solo recitals in Israel and Palestine at the St. Peter’s Church (Tel-Aviv-Jaffo), Basilica of the Annunciation (Nazareth), St. Saviour Monestary (Jerusalem) and St. Catherine Church/Nativity (Bethlehem/Palestine).

Levente Kuzma currently the professor of organ at the University of Szeged Béla Bartók Faculty of Arts, serves as music director at the Piarist Church in Szeged and also serves as principal of “Lieto” School of Music and Arts. Since September 2018, Mr. Kuzma is the Artistic Director of the Cathedral Concert Series at the Cathedral of Our Lady in Szeged.

His debut solo album, Masterworks, was released in 2017 on the Waltman’s Artists (UK)