Bloody Monday was the name give the election riots of August 6, 1855, in Louisville, Kentucky.  These riots grew out of the bitter rivalry between the Democrats and supporters of the Know-Nothing Party.  Rumors were started that foreigners and Catholics had interfered with the process of voting.  Fighting ensued and the Cathedral and other churches were searched for ammunition and men.  At the end of the day, twenty-two persons were killed, scores were injured and much property was destroyed by fire. 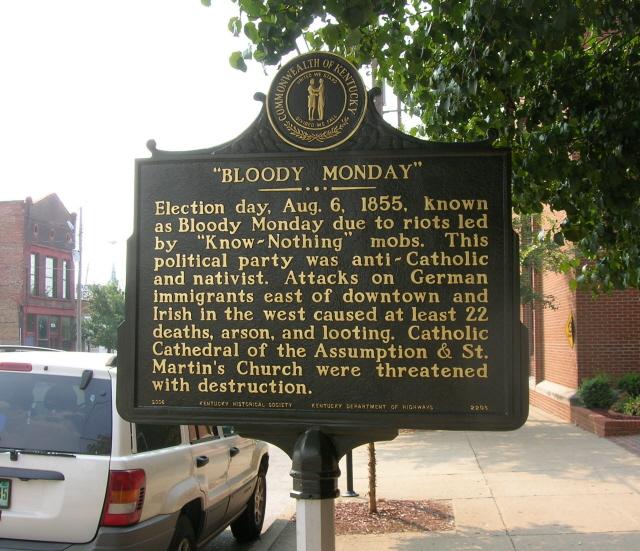