The steeple rises 287 feet above the Louisville skyline and, upon its completion, was North America’s tallest spire.  Completed in 1858, the bell tower holds three bells, one large and two smaller ones.  The large bell, weighing more than 4,000 pounds, was a gift from the Archbishop of Mexico, Monsignor Al Bastida, who named the bell La Purissima – The Most Pure. 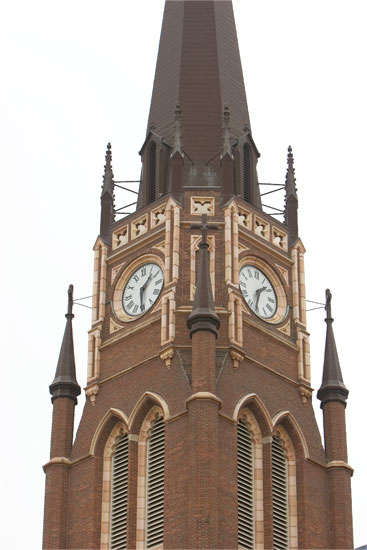